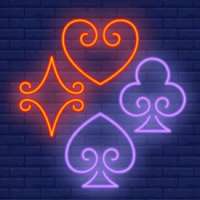 A video poker variation called Jacks or Better is supposed to be the first in this row of games. Its appearance dates back to the early seventies of the last century. However, Jacks or Better Poker is still prevalent.

It is also considered to be the best version for the first acquaintance with video poker games.

The point is that this game has no intricacies in its rules and is easy to learn.

At the dawn of video poker machines, payouts were for two pairs and better, and players' chances of winning were so low that the majority of fans of gambling games refused to play them. So, manufacturers changed their policy.

Gamblers appreciated such an approach. It significantly increased the popularity of this video poker game worldwide. The appearance of online casinos made Jacks or Better more popular and accessible.

Jacks or Better has gradually become widely known. Many variations of this game have appeared. The best versions of this video poker have a very low house edge, which can be less than half a percent. There are a few casino games with such a low house advantage. To be sure, you should follow the most effective strategy and exclude mistakes.

So, let's discuss in an accessible form the basic principles of the strategy for Jacks or Better video poker. The most common situations observed as soon as the cards are dealt will be discussed in this article.

It is not that difficult to memorize this table. It is enough to understand the rank of all hands, starting with the highest-ranking ones, and find out when to collect them. Then you can proceed to the consideration of cases with different pairs and various cards.

How to Beat Casino in Jacks or Better

If you follow the above principles, you will significantly improve your achievements in Jacks or Better video poker.

Luck is essential in any game of chance, but this is a grave mistake to count on it.

This error may cost considerable amounts to most novice gamblers. Take the time to study all details; success will come soon.